Posted on November 8, 2017 by Rebecca
In the spring of 2016, I embarked on a project combining my love of plants and flowers with a passion for Shakespeare.

Bill and John: a work in progress

I developed an interest in the work of Shakespeare at drama school and as an actress I have performed in several of his plays.

There are gardens dedicated to Shakespeare’s botany around the world and countless books have been written about the plants, herbs and flowers in the plays. But there remains a sense that these references have no value beyond being pretty adornments. I am not suggesting that the authors of these specialist books feel this way. It is more that horticulturalists don’t necessarily take such literary references seriously, while literary academics don’t necessarily deem the plants worthy of serious discussion – particularly in relation to character and plot development. 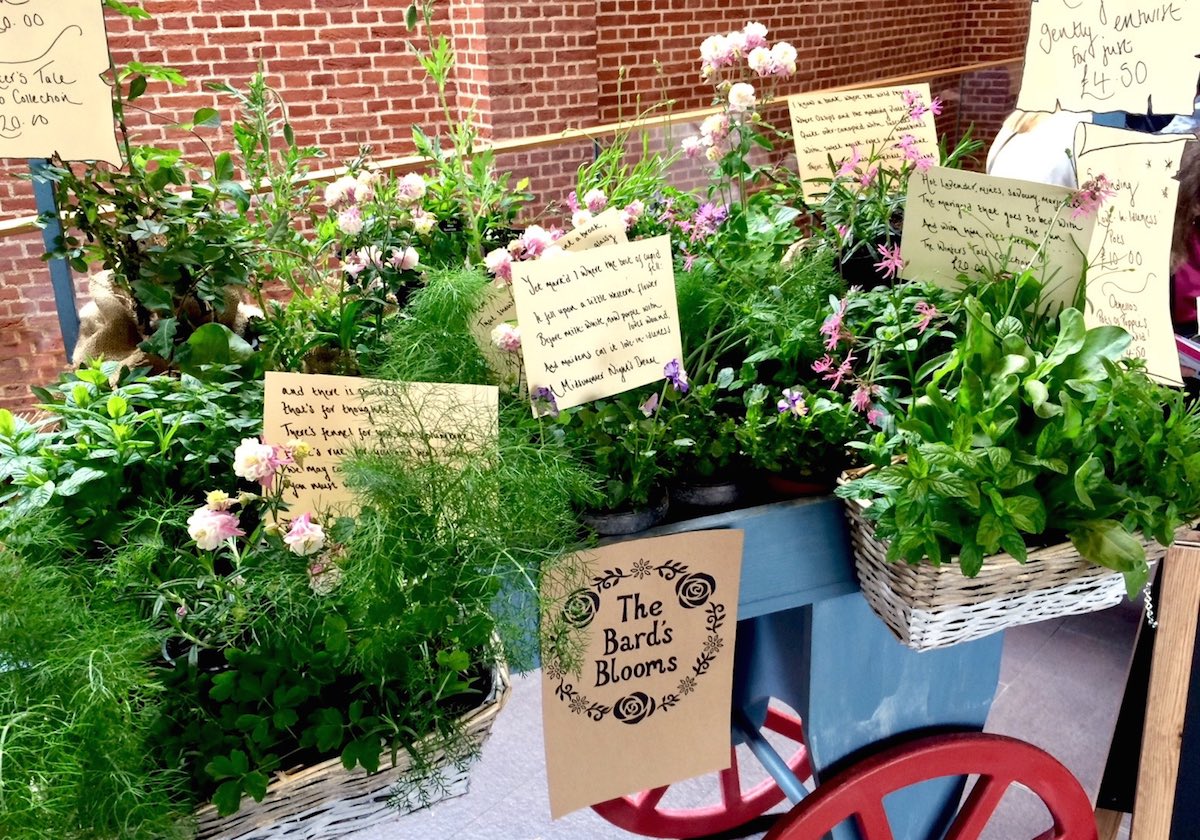 I have yet to see or be in a production of A Midsummer Night’s Dream where the plant love-in-idleness (Viola tricolor) has been pictured in the programme. Rarely are any details given about the flower’s meaning or why Shakespeare chose to use it in the play. This is just one, albeit obvious example.

I would argue that the plants and the meaning of the plants are an invaluable key to unlocking the meaning and understanding the language of much of Shakespeare’s work. The flowers are the inspiration!

My project began at Shakespeare’s Globe Theatre in the spring of 2016. I created a display in the foyer of the theatre: a market cart packed full of many of the plants and flowers referenced in the plays. 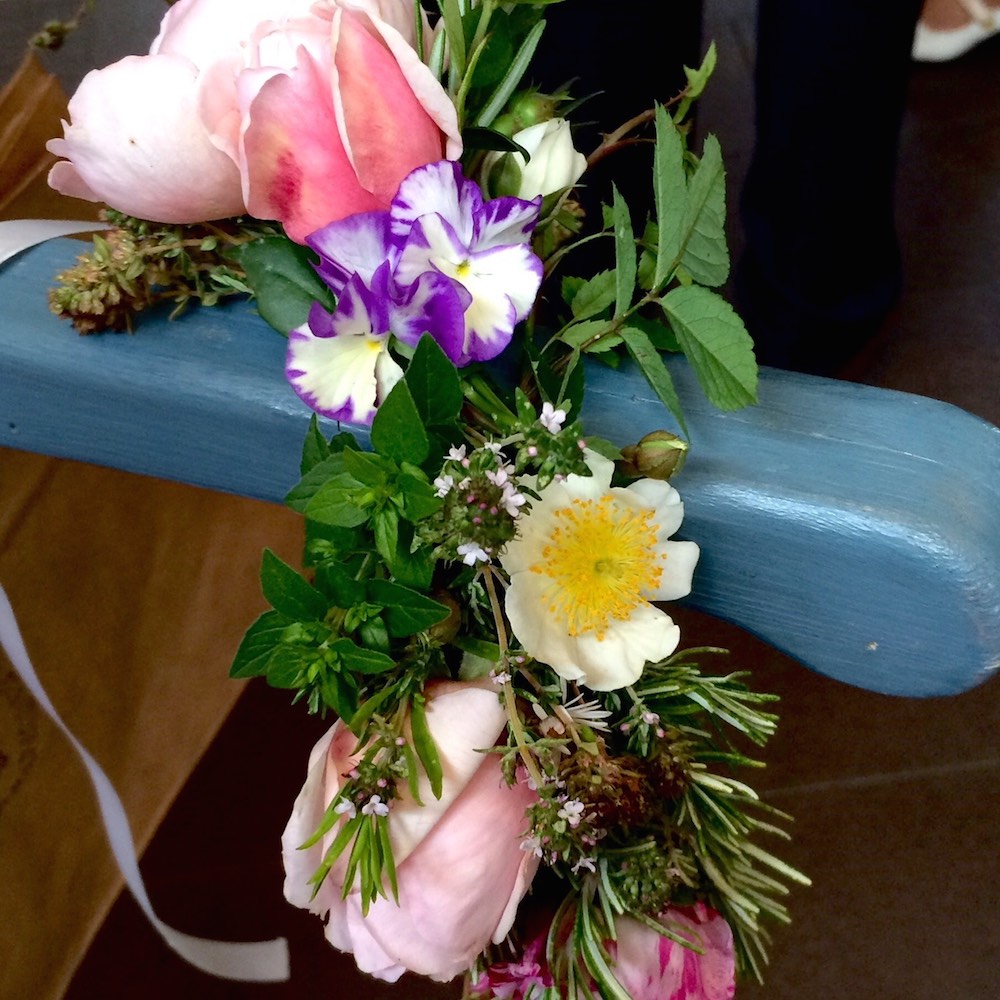 In the course of my research, I read that the historian and botanist, Mark Griffiths, had recently suggested that Shakespeare knew the herbalist John Gerard. In reading Gerard’s 1597 book, The Herbal or General History of Plants, I was struck by how the author wrote not only with great knowledge, but also with humour and lyricism.

And that is where I found the germ of an idea for a theatre piece!

In May of this year, I performed a fifteen-minute piece of theatre, introducing the idea of ‘Bill and John’ as friends, with a thought that their relationship and Gerard’s wealth of knowledge was the inspiration for many of Shakespeare’s plays and characters.

The set was simple and included as many as possible of the plants and flowers in season. On a large willow branch there hung pictures of plants not available, drawn by a wonderful art student, Victoria Mayton.

I performed at the Omnibus Theatre, a fantastic new arts and theatre space in Clapham. Twice a year, they offer writers and performers an opportunity to pilot new ideas in front of an audience, to see whether or how a project can be developed.

It’s interesting that frequently when academics discuss the work of Shakespeare they talk of politics, jealousy, madness, grief, love and hate, to name but a few themes. This is of course valid study, but why is there so little discussion regarding botany? I would argue that debating the meaning of the plant and why it’s there would go a long way to understanding character and motivation, particularly for a younger audience.

So, my project continues in the hope that I can one day create a piece of theatre that embraces magnificent storytelling and equally celebrates the plants, herbs and flowers that influenced and inspired so much of Shakespeare’s writing. 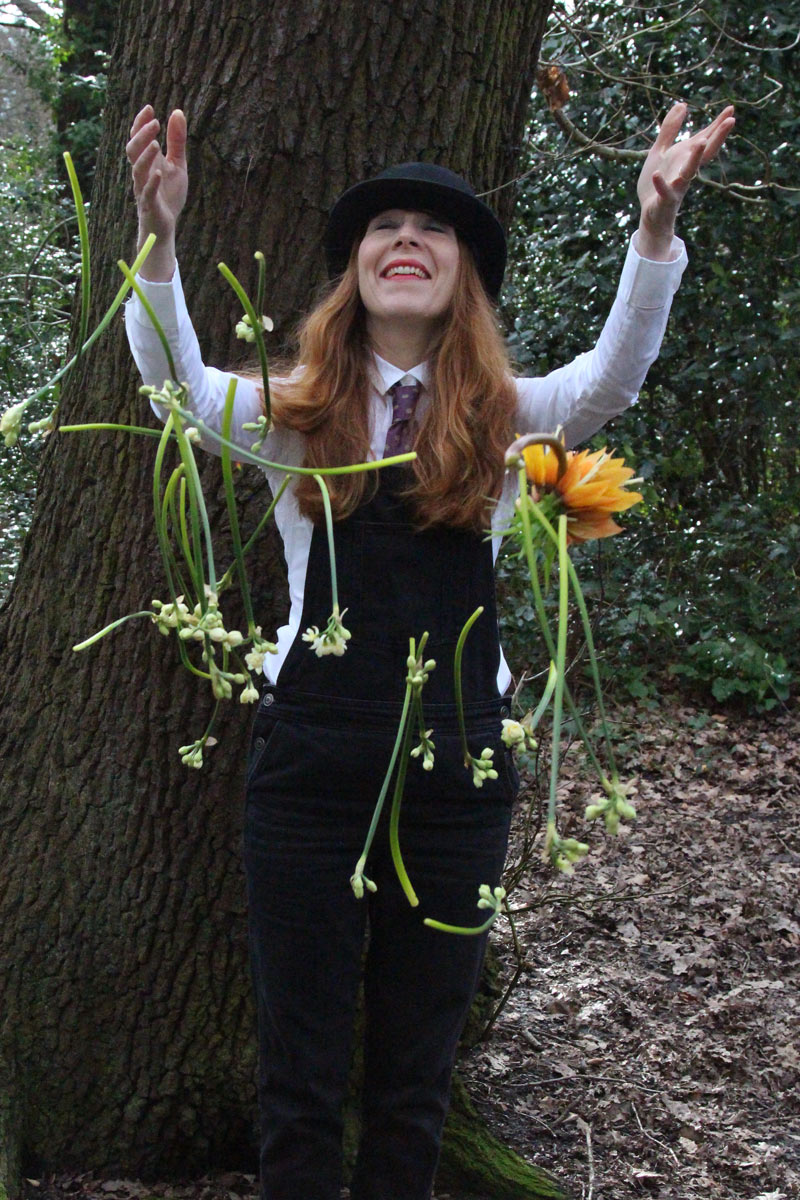